Retired? Treat yourself to living in the Sunshine State. Now is the best time to get into the property market in Brisbane. Choose from one of our luxurious apartments a stone's throw away from Brisbane CBD.

Brisbane is Australia’s New World City. Its proximity to Asia and a progressive and open business environment makes Brisbane a city of choice for doing business in the Asia Pacific region. Key locality benefits include:

Below are some featured projects that will help take Brisbane to new heights.

1. Queen’s Wharf (Above And Below)

Queen’s Wharf Brisbane is set to attract new visitors and investment as it reconnects the activity of Brisbane’s defining parts of the city like the Botanic Gardens, the Queen Street Mall, the Cultural Precinct, South Bank, the Parliamentary Precinct and the Brisbane River.

It is being delivered by Star Entertainment Group , Far East Consortium (Australia) and Chow Tai Fook Enterprises in order to facilitate the planning and delivery of the Queen’s Wharf Brisbane Integrated Resort Development, and is expected to create more than 2000 construction jobs and 8000 ongoing employment opportunities when the Integrated Resort Development is operational in 2022.

Queen’s Wharf will include:

The development is expected to deliver $1.69 billion annual increase in tourism and 1.39 million additional tourists per annum, along with $4 billion to the Gross State Product.

Owned by Economic Development Queensland (EDQ), Northshore Hamilton is Brisbane’s largest urban renewal precinct, spanning 304 hectares and will have an important role to play in helping the city position itself for the future.

In the next 20 years, Northshore’s primarily industrial area will be transformed into a $5 billion vibrant riverside precinct over the next 20 years. It will cater for 15,000 residents and become an employment hub for about 15,000 workers in retail precincts and office parks.

Northshore will include 2.5km of dedicated riverfront, with a mixture of parkland and community space. These spaces will complement the combination of residential, retail and commercial opportunities on site.

The initial works on this project have included 700 apartments across five towers and also include retail and commercial space.

Brisbane Airport Australia is currently on the way to delivering the country’s best runway system with the $3.8 billion New Parallel Runway Project (NPR) for Brisbane Airport. While the airport has about 100 other projects in the works for the next 10 years, this NPR is considered the biggest aviation project in Australia.

Building the NPR will involve utilising 360 hectares of marshland by pumping 11 million cubic metres of sand onto the site. Over time and with the help of 330,000 wick drains funneling the water to the surface, the weight of the sand will create a solid base for construction on the runway. The Howard Smith Wharves project covers a 3.43 hectare riverside precinct that will connect the New Farm Riverwalk and the CBD and revitalise Petrie Bight

The project is intent on respecting the area’s heritage and will incorporate the heritage-listed buildings into the redevelopment. The new parkland will also enable a pedestrian and cycle connection through the site to link the city centre with Riverwalk at New Farm.

Events such as cultural and food festivals will be hosted at the exhibition complex, which will include restaurants and bars.

HSW Nominees is undertaking the revitalisation of Howard Smith Wharves.

Tenants of the hotel will have direct access to Brisbane Quarter’s food and beverage precinct with alfresco dining overlooking the Brisbane River, some of Brisbane’s most exciting bars and restaurants, spa facilities and a rooftop park land.

The retail portion of Brisbane Quarter will likely attract international and interstate visitors and become a high-profile location opportunity for locals looking for a signature destination.

While still in its early stages, the Brisbane Metro Subway system was a commitment by Brisbane City council to provide a reliable high-frequency transport system that will reduce CBD bus congestion, cut travel times and allow for the redirection of buses to improve services in the suburbs. Brisbane Metro would run on a dedicated route linking Woolloongabba to Herston, utilising sections of the South East and Inner Northern Busways, and would remove up to 200 buses per hour in the morning peak from the Victoria Bridge.

When complete, the metro would be able to carry up to 30,000 passengers per hour and will run every two minutes, providing seven kilometres of safe, reliable, smooth and quick travel from Herston to Woolloongabba.

The complex will be built above Roma street rail lines and would make use of public transport facilities making it accessible to everyone in Brisbane. Brisbane Live’s masterplan, which belongs to AEG-Ogden, a subsidiary company of AEG and the world’s largest entertainment venue operator, revealed that it will feature a sliding front wall that opens to reveal live acts on stage, and the $450 million arena will also include a 4000-capacity rock club and be surrounded by multiplex cinemas, restaurants and bars, and a giant screen and amphitheatre catering for around 15,000 people. 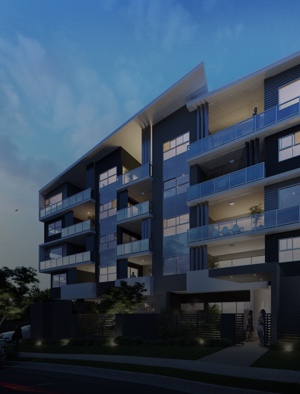 Last week, Visie director, Warren Swanston had the pleasure of taking Anna from Ozhomenews through a tour of our latest development in Teneriffe. The virtual tour takes you through the penthouse showcasing high ceilings, European appliances and ...
END_OF_DOCUMENT_TOKEN_TO_BE_REPLACED 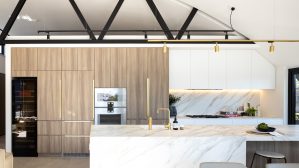 Visie's newest development at 14 Helen Street, Teneriffe was inspired by the suburb's rich maritime history. Teneriffe was home to the second largest submarine port during World War 2. Obsidian's curved design draws on the history of this affluent ...
END_OF_DOCUMENT_TOKEN_TO_BE_REPLACED Recently, Obsidian was featured in the Courier Mail, and what an article it was. With only a few remaining units, now is the time to secure your own home in this beautifully designed building. For more info click here.
END_OF_DOCUMENT_TOKEN_TO_BE_REPLACED

Obsidian | Teneriffe
Obsidian was our first project that we kicked off our 1 for 1 initiative. We have been able to provide a home for a family in India living in the slums of Delhi.

A family in need somewhere in the world will have a place to call home. We hope to help fight poverty and create a brighter future for generations to come.

We look to partner up with New Story Charity to help fund the first 3D printed community in El Salvador.

We work with charitable organisations to help fund and build homes for people all around the world in need of shelter.

Stay in the loop